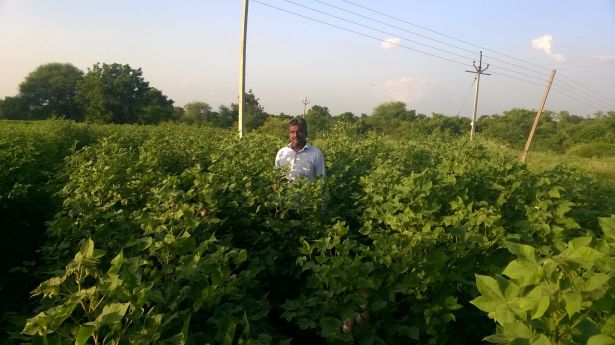 It is already dusk in Nimbhara — a small, nondescript village deep in the heart of India — but early morning for me. I am on a phone call with a farmer named Ganesh Nanote who has lived here all his life. Almost all of Nimbhara’s 500 or so working adults find employment as cultivators. A single road connects Nimbhara to the highway system; it was only built about eight years ago, and is now plied by a regular traffic of bicycles and three-wheeler rickshaws. Nimbhara’s heritage, culture, and industry all spring from its soil — an alkaline black heavy soil, broken down from the Deccan lava flows that might have killed the dinosaurs 66 million years ago.

3 thoughts on “Profile of an Indian GM farmer: high-tech seeds in a traditional farm”